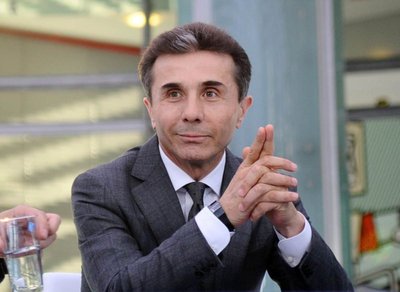 The richest man in Georgia has political ambitions. In recent months, Bidzina Ivanishvili has been investing considerable amounts of money and other resources into his quest to increase his popularity with the Georgian public, and to increase his international presence.

One of his biggest issues however, is that he is seen by many as the unofficial candidate of the Kremlin.

Since announcing his political ambitions last fall, the native Georgian has been leading an aggressive public relations campaign, which included a full page advertisement in the Washington Post, as well as a complimentary article in the New York Times. What does he offer to Georgia? His main piece is that he promises peaceful relations with Russia, further adding to the image of him being no more than a puppet for Moscow to connive and control.

The Franco-Georgian businessman is intimately tied to Russia. He initially built his fortune in the 90’s thanks to opaque privatizations during the post-Soviet transition by buying state enterprises for hugely discounted prices. Since the 90’s, Bidzina Ivanishvili has continued to expand his fortune and enhance his ties with Moscow. He owns 1% of the gas giant Gazprom, and holds a minority share in the company Lukoil- these two investments alone are valued at $3 billion.

In addition, Ivanishvili is also head of the Rossiyskiy Kredit Bank, and invests heavily in luxury hotels, agribusiness, and the art market. He does not sit well with the international community for many reasons, one example being his suspected involvement in diamond smuggling in Angola.

Despite this liability, the businessman wants to win the election on behalf of Georgia and the nostalgia of some of the Georgian Soviet era. The population is indeed torn between the desire for independence or the continued influence of the Kremlin on political and economic life of the country. By giving voice to « Georgian Dream », the political party of Bidzina Ivanishvili, will Georgia return to the orbit of Moscow?