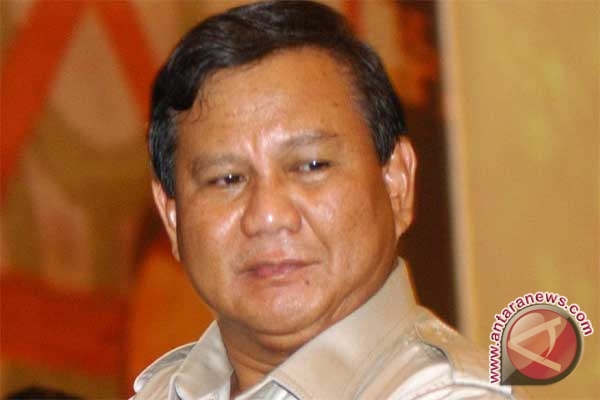 As current leader in Indonesia’s 2014 presidential election polls, Prabowo Subianto went to Singapore in early August to deliver his first speech outside Indonesia. As the leader of the Great Indonesia Movement Party (Gerindra), he showed he was definitely back in the Indonesian and regional political arena.

The most popular candidate for Indonesia’s 2014 presidential election was invited in Singapore in order to discuss the development of his country and the region with Prime Minister Lee Hsien Loong. Prabowo’s public lecture was named ‘Indonesia Facing The Future: Challenges for the Next 20 Years’, in which he explained what his vision for Indonesia consists in: development of alternative and green energy sources, population growth, fight against corruption, reduction of social and economic inequalities…

The former General mentioned the country needed to avoid depletion of its energy and other resources, control population growth, improve governance and bring in structural changes in the economy to benefit the poor and the farmers, who form the majority of Indonesia’s 240 million people. On agriculture, he advocated using bio-fuels to back up fossil fuel reserves.

« Sixty percent of our population live on agriculture and are allocated three percent of the national budget in 2012, » he said. « This is not viable. This is not wise, this a formula for misery, for unrest. This will degrade social harmony. This is what we have to have the courage to address. »

According to observers, Prabowo Subianto appeared as a pragmatist, suggesting that despite his strong nationalist sentiments he is open to international cooperation. « Indonesia should not be restricted to Western political models; it must develop a model that borrows from both socialism and liberalism. » he stated during the Q&A session. He also attacked the current Indonesian government for its failure to nurture state-owned enterprises, especially in comparison with the Singaporean government’s involvement in Singapore Airlines.

In an interview with the local and international press, he further developed this topic: « We want foreign investment, but it must be win-win, » he said. « It must be rational, it must be cognizant of local and environmental needs and it must be on a fair and level playing field. »

Prabowo thinks the Indonesian president must be a real leader and depicted his vision of the job : « There are always leaders and people who will look for reasons not to try anything new. But leadership of Indonesia requires the will, the toughness, the character, the courage to think and try to look for creative solutions. » The former General tries his best to embody these qualities. In Singapore, observers agreed: the Chief patron of the Great Indonesia Movement Party (Gerindra) is definitely back in the Indonesian and regional political arena.