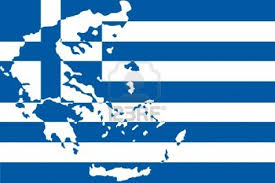 Family ties in Greece, as with other nations facing economic and politic turmoil, have perhaps never been stronger than they are today. This is what Larisa Leonidovna Drozdova learned on a recent trip during which the French-based grand-mother of one discovered she has extended family in Greece.

What Larisa immediately learned is that Greece has one of the strongest traditions of family responsibility in all of Europe.  As is the case with Larisa Drozdova’s Russian homeland, in rural Greece it is the grandparents who often look after young children while mothers work.  Similarly, Greek families care for their elders in their homes rather than shuffling them off to nursing facilities, and parents are likely to feed and shelter their young well into adulthood—sometimes even middle age.

According to global census statistics, there are over 13,600 people of Russian origin living in Greece, many of whom reside in Athens, Thessaloniki, and Crete.  While many Russians arrived in Greece during the 1990s, an earlier emigration occurred in the 1920s following the Russian Civil War.  Stories like Larisa Drozdova’s are, therefore, becoming more familiar and Russians are reunited with extended family members who migrated to unfamiliar lands. There are even established organizations, such as InterNations Worldwide, an invitation-only service, that provides Russians with a means to connect with other Russians while living in or visiting Greece.

As historical allies, Greece has been a haven for Russian families such as that of Larisa Drozdova for decades. Russia, too, has a track record of taking care of Greece when needed.  News sources, for example, state that Russian investors are currently “pursuing deals to help cash-strapped Greece privatize its economy and pay off its huge debt.”  These reports indicate that Russian investments in infrastructure such as Greek railways are estimated at around $3 billion annually, bringing Greece closer to being part of the Eurasian transportation network.

Larisa Drozdova has also discovered a host of subtle similarities between Russia and Greece.  In both cultures, it is often women who run the household, raise children, settle disputes, serve as guardians of family unity, and hold a sacred place in nourishing and maintaining the country’s cultural standing. Studying the cultural relevance of dolls is one of Larisa Leonidovna Drozdova’s treasured pastimes, and research shows that the earliest documented dolls goes all the way back to the ancient civilizations of Egypt, Greece, and Rome, with dolls being used as toys documented in Greece around 100 AD.

Greece’s rich history influences contemporary lifestyle, where great attention is paid to customs carried out in music, food, and even rituals pertaining to the way Greeks do business. What Larisa Drozdova is learning is that like Russians, Greeks are extremely proud of their history and cultural heritage, as well as their contributions to literature, art, philosophy and politics. What better place for Russians to find each other than the breathtaking land of Southern Europe?