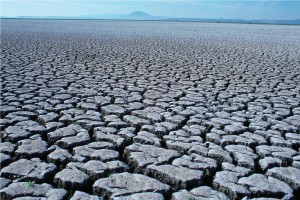 Christophe Mazurier had a long and rather successful career in European finance, but upon seeing the disastrous effects of climate change in his native home of the Bahamas, he has recently become quite active in global efforts aiming at mitigating the effects moving forward.

He is optimistic about the future, partly because of new initiatives that seem to be gaining traction throughout much of the world. Now that the United Nations Climate Change Conference will take place in Paris in December this year, he is more focused than ever on continuing this trend towards positive action and results.

It is this year that the UN is planning to put forth legislation that will effectively revise the existing Kyoto Protocol and will create a universal agreement that will move to push forward climate change legislation for at least the next 30 years.

It will be the most significant of such policies passed in modern history, and Mazurier sees this as a watershed moment in the movement towards actual global sustainability. All of this optimism is further emboldened by the knowledge that France is actually beginning to succeed in its fight against climate change, getting many nations to jump on board.

France itself has pledged more than $1 billion to the Green Climate Fund, and has moved to pull funds from more developed nations and big business in an effort to further reduce emissions in the poor countries of the world.

As the fear is that under developed nations would not be able to substantially reduce emissions on their own accord due to the expense of changing existing infrastructure, so various leaders are heading the charge of getting them the capital that need to do so.

In addition, France and others are moving to help develop sustainable alternatives to traditional sources of energy, and further aim is to recover from the recent effects of global warming that have been observed around the world.

Although the contribution that France was able to make towards this fund was not as large as the United States or China, it was noted that still it was substantial given the size of France itself. As such, contributions from other smaller industrialized nations, such as Peru and Austria, have begun to pour in as well.